My name is Kim Koroknay of Korokat Silver Persians. I reside in the SW of Sydney and have a small cattery now registered with ANCATS. I have been a registered breeder since 1997, breeding under the prefix of KOROKAT 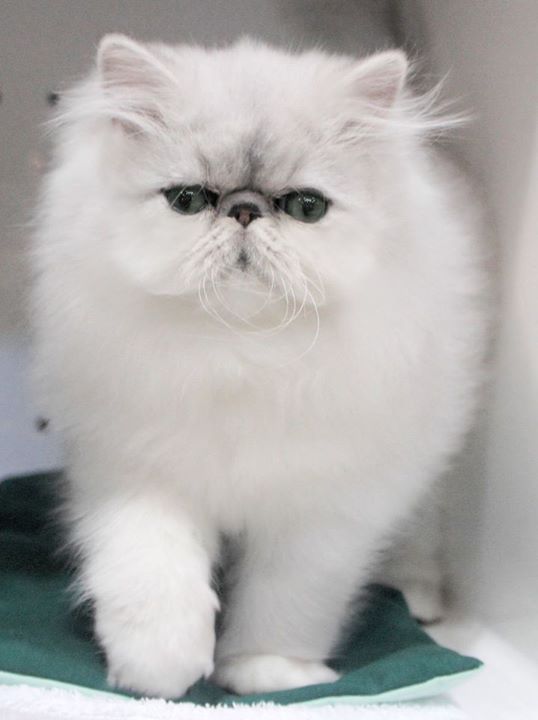 About 7 years ago I bred exclusively "colourbred Silver & Golden Persians" (which means that they do not have Solid Persians directly behind them and have the slightly longer noses than the Solid Persians). With the introduction of a Black solid female into my program, as well as the importation of several  Silver Persians from highly respected overseas catteries, I am now venturing down the path of NON COLOURBRED Silvers & Golden Persians. My current cats re now competing against the Solid Persians and holding their own in every way. 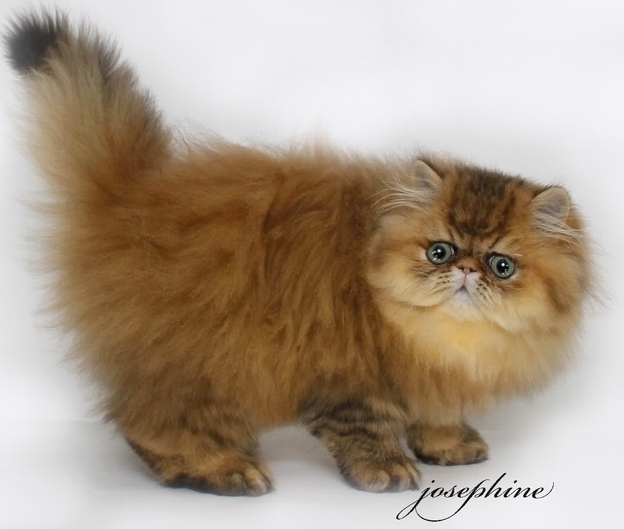 My aim is to breed for healthy, well natured and well socialized kittens, that conform to the current show standard. I keep the amount of cats at Korokat to a  manageable number, so that I can give each of my cats the proper care and attention they require. My cats and kittens receive daily cuddles, pats and lots of love. They have their eyes cleaned daily and all are bathed and blow dried monthly.

My cats live inside my house as part of my family and have full run of the house. I also have a separate Nursery room where the girl raise their babies.

During our warmer months, my cats spend time in my purpose-built cattery and also have a supervised free run in my 6 foot high steel, fully fenced backyard for several hours each day (weather permitting), where they enjoy chasing butterflies, hunting lizards and drinking from my water fountain. 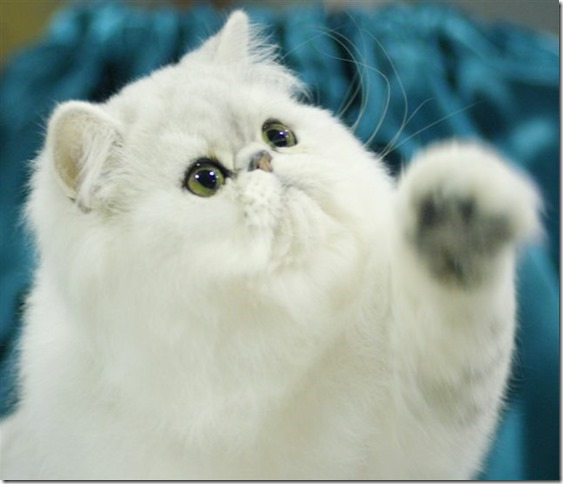 I wish to give enormous thanks to Eileen Simpson for her help and mentoring in my early days as a Silver Persian enthusiast. I would never have entered the world of breeding Silver Persians without Eileen?s guidance. It is with the greatest respect and love, that I thank Eileen from the bottom of my heart. Her wise words have held me in good steed over the years and for this, I am utterly and eternally thankful.

Korokat Silver Persians began with my original breeding queen, Meglee Ice Rapsody, purchased in 1993. I had been  wanting/dreaming for some time, to purchase a stunning young male to work to Rapsody. After having bred her several times to an older style male, in 1998 I was fortunate enough to acquire an outstanding male, BR DB GR CH Oxsarna Mystical Dream.

Mystical Dream was sired by US GR CH Fairisles Goldmark, a beautiful Chinchilla Golden imported from America by Vivienne Hall.

With Mystical Dream I truly had a dream come true. He was my first show cat, and show him I did!! He has won many Best of Breeds awards, has nearly always placed in the Top 5 and throws in his progeny, his beautiful look. I also acquired Mystical Dreams' litter sister, BR DB GR CH Oxsarna Cinnamon Rose, who was to become my second show cat. I owe Vivienne so many thanks for giving me my start in breeding Top Show quality Silver Persians.

With these 3 foundation cats the beginning of Korokat Silvers was under way.